In parallel with technological developments, new crime types and and new protection mechanisms have emerged. Most important part of these developments was social media communication networks. Today, millions of people are connected to each other through tens of communication lines, like Facebook, Whatsapp, Messenger, Twitter, Google, Viber, Signal, Instagram, etc.

In order to protect personal data and conversations stored in such mega communication lines, national and international solutions have been adopted. New regulations, which govern companies storing such data, have been introduced. Freedom of speech and privacy have been tried to be protected. Nevertheless, despite all, illegal theft of such data and their improper use can’t be stopped.

For instance, the world has been recently rocked by a scandal. It has came out that a company named Cambridge Analytica, which worked for the last U.S. presidential election campaign, has unlawfully stolen personal data of 50 million Facebook users. A secret video footage of his speech, in which the president of the company’s executive board discloses and confesses that they make any candidate winner of an election by using stolen data, has leaked to press. After that, ‘deletefacebook’ campaign has started. The U.S. Federal Trade Commission has launched an investigation into the possibility of intentional delivery of this data to the consulting company. It is said that the fine that will be levied for Facebook can reached to billions of Dollars. For this incident, Facebook has lost $50 billion within the following week.

All these show the importance of people’s privacy, their personal information, the privacy of individual life, and their protection. It is the current legal perception which obtains universal consent and validity. These rights are clearly recognized by many international documents, notably the The Universal Declaration of Human Rights, the European Convention on Human Rights, and the International Covenant on Civil and Political Rights.

On top of it, there are valid international regulations which exclusively governs privacy and personal information matters. The Convention No. 108 adopted by the Council of Europe and EU Directive 95/46 are examples of such regulations. Besides, because of the importance attached to the issue, the European Union has enacted protection of personal data as a regulation, one step higher norm, with more detailed protection mechanisms. General Data Protection Regulation (GDPR) 2016/679 was issued in the Official Journal of the European Union in 2016 and envisaged to be effective as of May 2018.

Without doubt, communication’s method, procedure, and content are also included in the scope and protection of personal data based on privacy and private life. So much so that, for instance, with A/HRC/29/32 decision, dated May 22, 2015, United Nations Commission of Human Rights gave some recommendations to the states, companies and the private sector in 2015. Accordingly, individual’s rights to communicate with 1) anonymised, 2) encrypted methods and instruments should not be banned, contrarily promoted and eased. Its infrastructure should be set up and the investments should be increased.

Anonymisation is cleaning out, cleanse, and change of the information indicating real person or identity through nicknames, or pseudonyms. Encrypted conversation, in particular applications like WhatsApp, is encryption of messages and datas in transit from your phone (source device) to recipient device. It is also called end-to-end encryption.

Then, why are these precautions taken? Because it is the only way to ensure full establishment of democracy, human rights, rule of law, and justice; protection of freedom of speech, privacy, and private information; and peaceful life.

On the other hand, contrary to the such sensitivity to individuals’ private life, the situation is upside down regarding public areas and administration. For states, there are principles of maximum transparency, accountability, informing public opinion, and providing explanations to people. These are all very valuable legacy and treasures which have been selected for humanity by written history and obtained through mostly painful and bloody experiences.

While these principles are respected in countries with strong rule of law and democracy, in countries like Turkey which are ruled by authoritarian regimes, social communication rights are abolished. Their usage is even accepted as a crime; personal datas are disclosed; the governance is based on obscurity; and truths are not acknowledged to people.

Under Erdogan’s rule, Turkey, which has eighty million population, has entered a period of closeness and disengagement, and this disengagement from the rest of the world is growing day by day. Individuals can no more share their ideas in social media platforms. In this country, which has been turned into a police state, anyone coming up with dissenting opinion is immediately exposed through information unlawfully gathered by intelligence agencies and arrested.

Insanity has reached such a level, so that a worldwide telephone application, Bylock, which had roughly 1 million consumer, has been criminalized by itself. Irrespective of its content, just downloading the program is found sufficient for aggravated life imprisonment. Because of fear and pressure, 16th chamber of the Turkish Court of Cessation does not refrain from approving the courts’ decisions, whereas “even though the evidence of Bylock was not obtained lawfully…,” it noted in one of its decisions (14.02.2018, 2017/3609 – 2018/335). Apart from Bylock, using applications like Signal, Viber, Telegram, etc., or even calling someone who use these applications is enough to receive a punishment for “being member or leader of an armed terrorist organization,” (see Mehmet Altan decision)

Erdogan’s government and its media organs are not ashamed of declaring that in order to obtain a database including private information of hundreds of thousands, maybe millions, of people special units went secretly to a third country (Lithuania) with jets, sneaked into the building, and stole the database. They are not embarrassed to violate international law, diplomacy, and reputation of the state. They are proud of such unlawfulness. They write books about it.

However, the politicians and bureaucrats, who reveal their unlawfulness relying on a power illusion for the time being, will lose their power sooner or later, and will answer for their unlawful actions, which partake of confession, before a real court.

There is a proverb among lawyers as “a murderer always leaves a proof.” It is like sprouting of a seed and growing up in time. Today’s killer of law and even people will not be able to run away from justice when the time comes.

By banning social media networks, which connect peoples and countries, criminalizing them, and arresting their users, how long do Erdogan and his administration think to cover their illegalities? Once, he acknowledged that he was going to start a ‘witch hunt’ against his innocent people for the sake of blanketing his corruption, robbery, and many other crimes. I do not know its due date, but I know something: “a murderer always leaves a proof,” when power slip through his/her fingers, murderer’s proof comes to light, and the murderer receives the appropriate punishment in this world and after-life.

The state, that the murderer relies on, will slip away someday. “[Etymologically,] the word of ‘state’ derivative of the word ‘changing’ [in Arabic]. The state is power, turn its back to you and goes anybody else. Someday, it returns back to you. But it does not stop, it leaves you again. People rising with state lowers, and lowers rise when the time comes. The state utilizes you and leaves [when it is done with you]. Like a water mill, it turns its treadmills by filling and pouring out the water,” as Hakan Zafer noted.

Therefore, there is no need to lose hope by looking today’s powerholders. The state under the control of tyrants will change hand sooner or later. They will lose their power, and the justice and honesty will succeed. 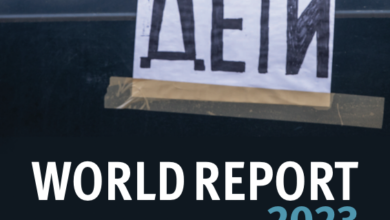 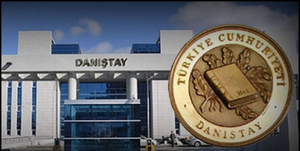