This is the exact situation that today’s Turkish society has unfortunately fallen in. R. T. Erdoğan, who decoded the DNA of this society, continues to manage the huge country, hosting 80 million people, very comfortably just like a family ranch or a family corporation.

Knowing his constituency very well, Erdogan first creates an agenda and throws an issue into the public, then measures the raised reaction, and in the end, actualises his final goal. In other words, he, stage by stage, imposes his desires on the public. With this method –like the frogs that are placed in a pot full of cool water which is slowly heated, and because do not realise the rising temperature of the water, do not jump out and eventually die– public’s reactionary reflexes are paralysed.

Erdogan, who uses this method very often, again threw a subject into the pot and for no reason at all, he mentioned UYAP (the National Judiciary Informatics System) at the Council of Justice he attended on 12 January 2018. There, he said:

“We have given the rein of a very important technology, a mechanism like UYAP, this is a self-criticism, unfortunately to the FETÖists. They used this network, there, very ruthlessly for their devious aims and from there, they conducted that really the greatest atrocity.”

Because this sudden spurt of Erdogan had no contextual reason at all, it has raised a suspicion. Why did Erdogan feel it was necessary to make this assertion? If he throws an irrelevant subject in the middle for no reason, his next dash was definitely going to come, but what was the end result he aimed from this?

Of course, nobody expected the public or the opposition would question this final aim. Erdogan very well knew that the public will never think over and criticise about this subject, he suddenly brought forward. However, he just wanted to see, or dampen, any sudden reaction that may arise, beforehand.

Indeed, no reaction at all came from anyone after Erdogan threw this subject into the pot.

Nobody has asked, what kind of atrocity was conducted by means of UYAP? If someone intended to commit an unlawful, lawless, judicial crime, they would do it clandestinely, not over a system like UYAP where all the evidence are recorded and all information is open to all parties of lawsuits.

Nobody has asked, when was UYAP project launched, when did it start operating, who was its director, who was managing it? The first steps of the UYAP project had been taken in 1998, before AKP came to power, and in 2005, it started to be used by administrative and judicial units of the state. All of the judges, who had contributed to the establishment of the UYAP, have been dismissed from judiciary before and after 17-25 December 2013 corruption investigations. Since first day of its activation, UYAP has always been directed by AKP’s Minister of Justice and pro-AKP judges.

Nobody has asked, why the private connection of this independent network has been shared with Turkish Intelligence (MIT) with a protocol signed in 2013?

Nobody has asked, do they want to delete all the evidence related to 17-25 December, MIT trucks carrying weapons to Syria, İzmir Customs Corruption case, and files of Selam-Tevhid, Sledgehammer, Ergenekon and many other investigations, because all of these are recorded on UYAP?

Since nobody has asked, we felt the need to analyse this speech of Erdogan and tried to find answers to these questions by writing an article earlier titled, “Why did Erdogan Mention UYAP?”

What was Erdogan’s real aim about UYAP? Until 6 March 2018, we were estimating that at least one of our analyses would come out right. On this date, however, we were disappointed when Erdogan has revealed his actual intention. Erdogan has won again and our estimations were wrong.

In his speech at the 150th Anniversary Symposium of the Court of Appeals, Erdogan said these: “I do not much assent, but by connecting all the courts together with UYAP, procedures are very easily followed. According to me, we can see many of its problems clearly. I wish it would not be like this, but the works would be done with the classical system in a fairer way, even though it takes longer. Because FETÖ has set this shop up well at UYAP, I say this to self-criticise, we are fooled. Late justice is not justice. We will continue to put all our effort to this.”

It never occurred to us that Erdogan’s intention was to close down UYAP! Because UYAP is the only respected national project of Turkey. It received many national and international rewards. The jurists have been receiving training for many years and the citizens very well used to this system. Its fast operational ability is also very significant.

Well then, is Erdogan’s reason to close down UYAP correct? Let us analyse his speech sentence by sentence:

Erdogan says, “By connecting all the courts together with UYAP, procedures are very easily followed,” and this shows that he is scared of speed and transparency.

Erdogan says, “According to me, we can see many of its problems clearly,” and although he does not specify what kind of problems it has, he actually means that it is difficult to intervene in the UYAP system; since the evidence are saved and protected by the system, they cannot be deleted, so he has not managed to clear out all the old documents that are against him; and both the public and the litigants can have information about every stage of a law suit after the hearing.

Erdogan says, “I wish it would not be like this, but the work would be done with the classical system in a fairer way, even though it takes longer,” and he indicates that he wants to close down UYAP. Thus, by closing down UYAP, they can give orders to only the related judge and prosecutor, and keep it secret from the public; they can destroy or change the documents they want, and thus, a “fairer” justice can be established (!). And, as in the old days, millions of annually archived, dusty files will be the icing on the cake!

Erdogan says, “Because FETÖ has set this shop up well at UYAP, I say this to self-criticise, we are fooled.” And he criticises himself because he was managing the UYAP system. Which shop was set up by FETÖ then? It was the transparent and accountable system, through which none of the judges can obfuscate, or tamper with, the evidence, because they are electronically recorded.

Erdogan says, “… we are fooled,” and complains about all the information and documents –especially those about the 17-25 December corruption investigations– to be indelibly transferred into the UYAP.

Erdogan says, “Late justice is not justice. We will continue to put all our effort to this,” and he claims that he can bring justice by returning to classical method. In other words, while it is possible for you to get the documents such as criminal record and birth certificate, requested by the courts and other institutions just in one minute, with the classical method, you need to write a petition to your local Registrar just on the top floor, and wait for three months for your certificate to arrive. Obtaining other documents go without saying.

As Erdogan’s reasons are not appropriate, then what is his aim? His goal is obvious: To close down UYAP! By this way, he will, first of all, get rid of all the information and documents, recorded in the system against him. Secondly, he will be able to give orders to judges and prosecutors much more easily. And thirdly, since there will be no chained, indelible files anymore, he will be able to tamper in the court files as he wishes. He will be able to easily obfuscate or destroy the evidence.

Eventually, if no reaction will come from the judiciary and the public, UYAP, the country’s only national entity which is declared as a terrorist organisation (!) by Erdogan, will soon be closed down, and its members, just like other esteemed members of the judiciary, will be sentenced to life imprisonment. Hence, the already impaired judiciary will then be completely tied to Erdogan. 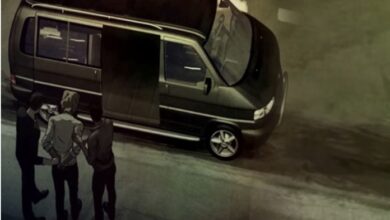 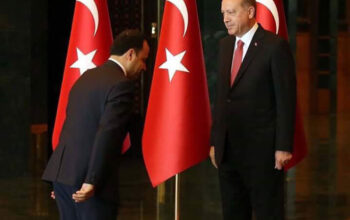